Roses make a colourful addition to public green spaces. Their many advantages make them a good choice for ‘The Green City’ concept. Shrub roses in particular are appropriate. These roses, developed since the 1980s, are again winning new ground. Many ungrafted shrub roses have become available in recent years; these are strong, healthy, low-maintenance plants specifically intended for public green spaces. With the right application and management, they can last many years.

Rose contribute excellent ornamental value over a long period of time. They bloom from May until late in autumn. Their range of colours is very extensive, too: from white to purple, pastel yellow to fire engine red, and every colour in between. Upright rose bushes with large flowers (particularly the hybrid teas and Florabundas) are just right for traditional rose beds. Most modern shrub roses have shorter, broader habits. Roses really enhance the look of a planting bed.

Roses contribute to the benefits of urban green space, including a city’s biodiversity. The flowers they produce are loaded with pollen: an important source of food for all kinds of bees, bumblebees, hoverflies and beetles. Single and semi-double roses make their pollen easily available to insects. (Few butterflies will be attracted to them, however, since rose flowers contain no nectar.) Many roses will produce rosehips after flowering. In cities, these will be eaten mainly by birds. Thrushes and blackbirds are especially fond of the fleshy part of the rosehips during the winter. Finches and other seed-eaters work at picking out the seeds from the rosehips. Their favourites are the Dog Rose (Rosa canina) and the Beach Rose (Rosa rugosa).

Container-grown roses can be planted at any time of year as long as the ground is not frozen. Field-grown (bare-root) plants can be planted from October until the end of March. Bare-root roses have several advantages: they are cheaper, you have a wider choice of varieties, and they don’t need such a large planting hole.

When planting them, keep certain points in mind so that the roses will get off to a good start. Like many other things: the right preparation here makes a big difference later. First of all, that means a rich healthy soil. The type of soil doesn’t matter, as long as it allows for good drainage. Roses don’t like to get their feet wet. They also prefer a sunny position: at least 4 hours of sun a day, but the more, the better.

The roots of roses bought as bare-root plants will have to absorb enough water before being planted. The best way to do this is to immerse them in water. Before digging a hole, thoroughly loosen any hard soil. It’s important to make the planting hole deep enough so that the roots can reach all the way to the bottom without bending or breaking. Then fill the planting hole with soil and tamp it down. Water after planting if possible. When planting roses grown in plastic containers, remove these plastic pots before planting. Once planted, the surface of the potting compost they were planted in should be a few centimetres below the surface of the soil. If the containers are biodegradable, cut or tear them enough so that the roots can easily grow through into the surrounding soil. The average planting density is 4 to 5 shrubs per m2, but this depends very much on the variety.

Roses contribute to the living quality in cities and towns. In addition, extensive management can be applied to ungrafted roses. By postponing their pruning for 2 to 3 years, they will suppress weeds while simply continuing to flower. They can also be pruned mechanically with equipment such as a cutter bar or flail mower after the coldest frost in March or April. A bar cutter can be used on ungrafted roses and then preferably followed up by using sharp pruning shears.

Since most roses are fairly drought-tolerant, watering them during dry periods is seldom needed. Some varieties, such as Rosa rugosa (Beach Rose) or Rosa pimpinellifolia (Burnet Rose) are salt-tolerant and can be planted on roadsides.

Climbing roses are suitable for use as green walls. Green walls muffle noise, reduce summer temperatures and improve air quality. Roses are also suitable for plantings visited by vulnerable groups since they are not poisonous and some cultivars are even thornless.

Excellence Roses are strong, healthy plants that flower profusely all through the season. To become eligible for the Excellence predicate, roses have to be inspected at different rose gardens in the Netherlands and Belgium. The Royal Boskoop Horticultural Society (KVBC) coordinates these annual inspections. The final assessment takes place after 3 years.

The German Allgemeine Deutsche Rosenneuheitenprűfung presents the winners of its ADR rose trials roses once a year. Roses eligible for this predicate have to pass a strict regime of trials at 11 rose gardens distributed throughout Germany during which they are inspected over 3 years for hardiness, flowering (profusion and length of flowering period), health and fragrance. 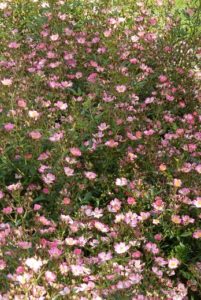 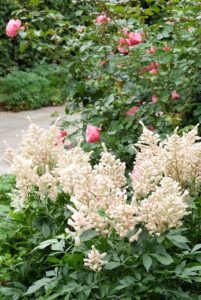 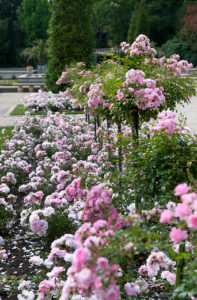 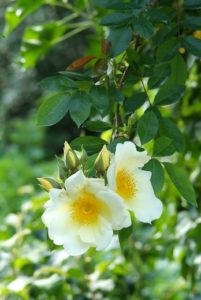 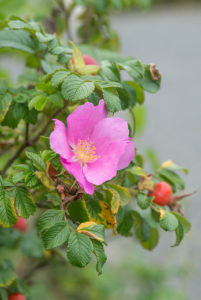 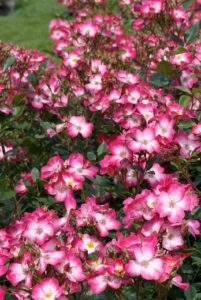 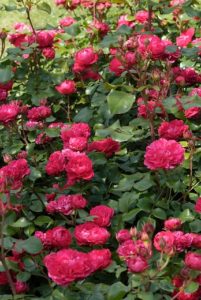 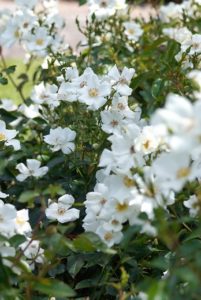 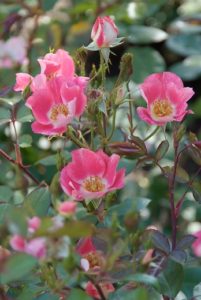 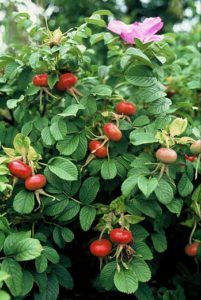