Roses are an excellent addition to attractive and varied greenery in public parks. Passers-by will enjoy the flowers' colours and scents for many months, with rose hips as an autumn bonus. Because roses increase biodiversity, insects and birds will also reap the benefits.

Roses are suitable for park planting because of their high ornamental value, but they also have the great benefit of being climate-proof. They will still thrive during hot and dry summers. Watering is only necessary for new plantings and in case of extremely long drought periods. With their easily accessible pollen, rose flowers with open and semi-double hearts attract insects from May into autumn including honeybees, bumblebees and hover flies. The rose hips are a good source of food for a variety of birds in autumn. 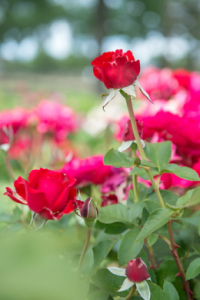 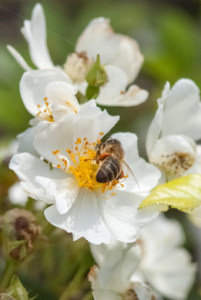